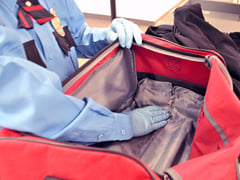 The motives behind why people intentionally hide items differ greatly from person to person. Here are the most common reasons: 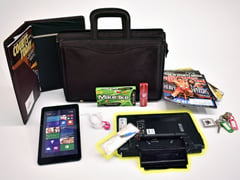 Not long ago, offenders could simply place illegal or prohibited items within baggage, shipments, and on their persons without it being detected. With the advancement of technology and improved industry knowledge, this old method of basic concealment no longer works as well as it once did. As a result, new methods of concealment were developed. 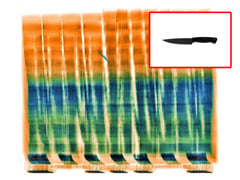 There are many ways in which an offender can conceal items – some more creative than others. In one instance, millions of cigarettes were hidden inside cut-out sections of glass panes to avoid import duties at a port and border checkpoint. In another, contraband including drugs and cell phones has been discovered in dense pallets of food delivered to prisons and correctional facilities.

We have seen small knives disguised as lipstick and combs at the airport checkpoint. In addition, drugs have been hidden inside of hollowed out pineapples as well as wrapped in green tape to resemble limes in cross-border cargo shipments.

Along the same lines, elaborate explosive devices have been embedded within complex electronics and machinery. Sometimes hidden so well that it can be difficult to determine which parts were there initially and which have been implanted. An improvised explosive device (IED) implanted within a laptop is an example of this advanced concealment tactic.

A strong security culture with an emphasis on information sharing of the industry’s latest concealment tactics is imperative. When matched with a well-trained security screener, those employing these types of concealment methods will be unsuccessful at slipping contraband and threats past the checkpoint.

Without giving away sensitive information, what creative concealment tactics have you observed at the checkpoint? Let us know below.