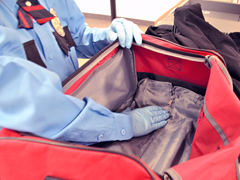 Port and Border Security: Handling A Broad Range Of Matters

Port and border security - their presence can be observed in many countries around the world. As a traveler, you are likely to notice them at border crossings and checkpoints. They’re the ones questioning you about where you’re going, for how long, and what you plan to do there. However, their duties go far past what you typically see.

Border security agents and officers play an important role in securing a nation’s border and port of entry. They are the first line of defense in the fight against terrorism, drugs, and contraband. Every day, they process people, vehicles, cargo, and shipments entering their country – constantly making decisions about the people and items passing through.